2017 is the year of VR hype. While it’s a good fit for some sectors, many consumer marketers are about to make a big mistake, argues Peter Mazurkiewicz from the Digital Strategy Consulting group. Here’s how to make sure you’re not one of them.

What justifies the hype? In a world of attention-deficit and media clutter, VR is a proven counter-balance. This is why marketers are looking hungrily at VR opportunities to engage and influence people with this high impact medium where an exposure may be a hundred times more powerful than a video pre-roll.

But despite all the enthusiasm, whilst wandering through Europe’s VR show, hosted in London this month, you’re left with no doubt that this is more of a long term game. The experiences in gaming and medicine are amazing, the opportunities in science and training tools are game-changers, but for marketers there’s little that’s ready to plug and play. The crowds were thin, the exhibitors the same as we are used to, and the lack of big news or breakthroughs was deafening. For most, “VR” is simply 360 video content, rather than any true virtual reality.

So what can brands do in their B2C marketing?

The answer is not much, and not soon. Today VR is more of a low reach PR tool, rather anything that can deliver mass impact within a couple of years. In contrast, augmented reality (AR) is something what has a big potential to deliver mass reach in near future. If the rumours that the new iPhone 8 will have features supporting AR come true this will give AR a proper, high profile introduction into mass market. And looking at the past Apple launches, it’s likely for Apple to release the new hardware simultaneously with a few showpiece AR apps and integrations worked out in detail and delivering great consumer value. So, AR has potential to deliver consumer value much faster with easy development approaches, few hardware challenges and a mass market availability within 2 years, as I expect Samsung and Google to follow up Apple soon in 2018.

What are the barriers for real VR?

They’re big and numerous, and have nothing to do with a bit of nausea from newbies trying on a headset. Here’s a few to get started…

• The hardware is not usable, especially on the go. VR takes a lot of processing power, and the attempts to tackle this (wandering around with a laptop and power supply shaped into a stylish back pack) are clunky intermediary technologies.

• There are few production and hardware standards: the web exploded into the mainstream because of standards, groups like W3C and an open approach to software. VR is in the opposite place.

• There is no ubiquitous fast data transfer approach until 5G networks are fully operational. They’ll allow quick streaming of relevant content to any device, rather than requiring the upfront download of limited experiences. That’s why Zuck, Facebook and all the key stakeholders are driving the connectivity and 5G agenda.

• There’s not yet a cheap and efficient technology for creating VR content. Remember coding web pages before WYSIWYG editors? We are years away from having VR spaces created that easily, so look out for when AI collides with VR as that will be the revolution. Meanwhile, expect the industry to take a few years before standard toolkits arrive.

• But most importantly, there is no clear purpose or consumer demand: There’s a vicious circle with hardware and content issues, no “killer app”, and the prospect of there never being one is real. Instead, expect the cumulative development of the technology and use cases that during several years will get enough critical mass to present a value proposition big enough for people to get the hardware and actually use it.

So who are the winners?

Outside the B2C marketing sector, VR’s near-term future looks rosy. It has massive benefits in high-risk and value training: combat soldiers can train in simulations before landing in the real battleground, engineers and astronauts can learn to operate and fix complex equipment before getting their hands near the expensive stuff, medical students can practice procedures in a safe and infinitely repeatable environment with no risk to patients and property investors can visit a VR model of new buildings before signing-off the blueprints and the contract. Where there’s high complexity, and a fit with delivery, high value B2B applications will move fast.

Similarly in B2C marketing, VR has potential where it can replace a costly, real life and limiting steps in the consumer’s path to purchase, but only when it does this at scale. That’s why the first big uses are likely to be in the high ROI goods such as a VR experience of new car that replaces a show room visit or a test drive, or a VR visit to a new luxury home that means foreign investors don’t need to travel and visit estate agents (an added blessing is anything that replaces your need to interact with estate agents!).

The entertainment industry has it covered, right?

Even gaming and the movie industries find creating VR (or just 3D) experiences both expensive and time consuming. How many 3D films have you seen in the last year? Probably not many, because it’s expensive to create and doesn’t drive significant additional revenue premiums over 2D (there is a limit of how much most people are ready to pay for cinema ticket). And 3D is way easier to create than full VR.

B2C brands often struggle with simple web content. For a CPG brand that was built through television, any content that’s genuinely the type of thing people seek out can be a massive challenge. There are notable exceptions – Knorr’s recipes, Dove’s self-esteem messages, Diageo’s drinks ideas, Red Bull’s extreme sports content – but the norm is that anything beyond product pages proves elusive. When brands try to create “engaging” video, they end up with another advert, simply thrown at consumers through another channel (but now, programmatically targeted).

The new tech is no substitute for a strong idea. Why think about 360 video if you cannot create an engaging normal one? Those in the industry for a while might be feeling something rather familiar. Only five years back, it was all about “apps”: every brand had one (or two or three), hardly any satisfied a consumer need and most died in the silence of the un-downloaded shelves of the appstores. A disaster for brands with thousands of apps created, billions spent, and almost nothing to show.

If a brand is unable to engage people through what it already has available today, looking to VR as the silver bullet of tomorrow is futile and naive. Marketing is about creative ideas and telling great stories, and VR will help but never substitute. Marketing doesn’t start with the tools or formats and their potential, it starts with consumer insight, the brand’s purpose and the content ideas. Get those right and everything else falls into place.

So for now, no thanks. I don’t want to experience in 360 VR how one washing powder penetrates the fabric better than the another, go on a VR hunt for bacteria between my teeth armed with best VR toothbrush, or even worse get the opportunity to join a VR world with nobody else in it. Deliver value and I’ll be there; deliver a gimmick and I’ll keep scrolling through my feeds.

When there’s a “content fit” for their stories, VR will amplify the value of that story. Brands and sectors that have that clear fit should evaluate fast: LEGO should look at more VR games and stories for kids, building on their entertainment apps and content. Fair trade food brands should be taking us around the world to meet the farmers and the communities that fair trade is benefiting. Property developers should be creating VR models with rendered surfaces to help buyers walk through their spaces. Wine producers should be taking us on 360 film tours of their vineyards, meeting the winemakers, and learning the history. Travel operators and destinations should invest in 360 video guides or AR experiences. Car brands should be putting the real car on virtual streets: when the story fits, it can be full speed ahead.

But will many brands waste a fair amount of cash before they learn the same lessons again? For sure – just don’t let your brand be one of them. There’s a difference between “feeling like you’re innovating”, and creating genuine marketing innovation. Few brands strategically evaluate new channels, and sensibly decide how and what they should use them for. The digital industry is littered with the debris of a billion failed apps, websites, and social media platforms. Don’t let your enthusiasm for VR experiments add to them. 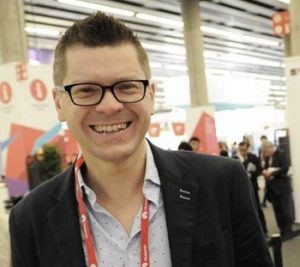 Peter Mazurkiewicz is VP of Strategy & Insight at the Digital Strategy Consulting group and has led the creation of marketing strategies for global brands in 40 countries. He is a senior lecturer at the Digital Training Academy, coaching marketing directors on how to create powerful integrated marketing plans, based on strong content ideas and deep consumer insight. You can reach him on Peter@DigitalStrategyConsulting.com