The vast majority (84%) of marketers use email, which was also rated as the best-performing channel by the highest proportion of marketers (41%), according to new research.

The Customer Acquisition Barometer 2015 highlighted that of emails sent, 98% were delivered. This is the highest delivery rate yet recorded, increasing by 11% since 2010.

Following consultation with members over the last year, the DMA report has undergone a significant transformation.

This includes a reduction in the data being reported to focus on the key metrics that help to define email’s effectiveness and also a new article format that includes interactive graphs for each of these metrics.

As Marcus Gearey, Chair of the Email council’s Benchmarking hub and Analytics manager at Zeta Global, explains: “Collecting only key email metrics – sent, delivered, opens and clicks – allows the benchmarking report to concentrate on what those contributing to the DMA panel discussions on its future wanted most: an accurate performance barometer for email both across the board and by key industry verticals.

“We hope that this method will not only provide a better, more accurate means of aggregating email performance data but that the stripped down approach encourages more ESPs to contribute their own data in the knowledge that the collective approach to intelligence gathering ultimately benefits the whole group with each addition.”

According to this year’s results, email marketing remains in robust health. According to the Customer Acquisition Barometer 2015, the vast majority (84%) of marketers use email. Email was rated as the best-performing channel by the highest proportion of marketers (41%).

Here we evaluate the current state of the industry, to give organisations the chance to compare their email campaigns against the industry average. Data comes from a large number of Email Service Providers based on the performance of more than 57 billion emails sent in the UK.

Of emails sent, 98% were delivered. This is the highest delivery rate yet recorded, increasing by 11% since 2010. 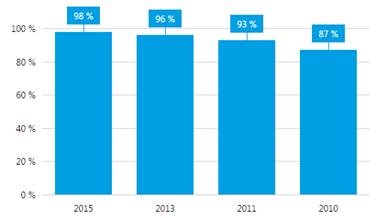 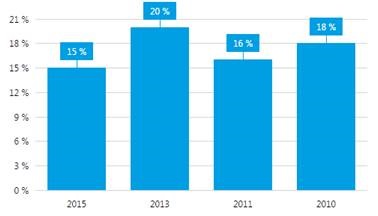 Unique click-through rates have fallen every year since we began collecting data in 2010, to a low of 2% in 2015. 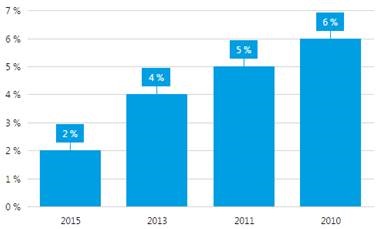 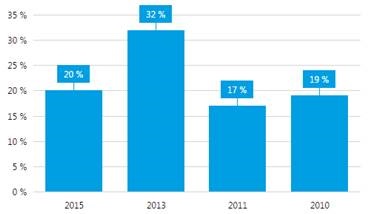 Gearey adds: “A number of thanks must be given to those that make the report possible. First to dotmailer for sponsoring this study. Second to my colleague on the Research Hub, Jenna Tiffany of Communicator. Thanks also to DMA Insight team who helped to put this report together, as well as the various team members providing the network of support within the DMA.”

Full details can be found here.

Primary research was used to collect the information using a spreadsheet and analysed in-house by the DMA’s Marketing and Insight department.

The sample covers major Email Service Providers (ESPs) operating in the UK. This information was collected from each individual company and kept strictly confidential: results have been aggregated and published anonymously.

Results are self-reported by the participants using their own technologies and methodologies. These participants have a wide range of clients broadcasting in various industries at significantly disparate volumes and hence this report should be used as a guideline only for email performance.