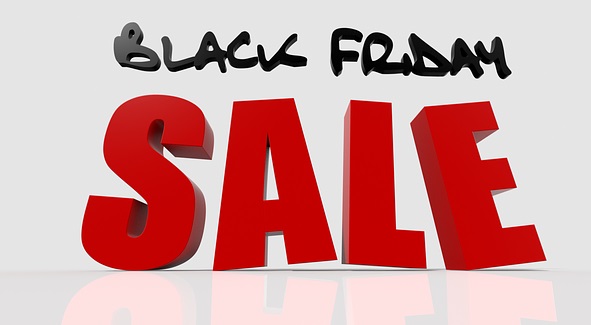 The findings, from IMRG, supported by SimilarWeb data, indicate that the final 12.3% growth figure is almost a quarter lower than the original forecast growth of +16%

Although the number of visitors to online retail sites on Black Friday continued to grow this year, the actual growth in sales revenue was held back by a lower-than-expected increase in the percentage of those visitors converting to buyers.

By contrast, each of the four days leading up to Black Friday (Monday 21 – Thursday 24 November) experienced strong sales growth of between 23.4% and 33.7%, with the increases in conversion rate much higher than that of Black Friday.

For the week as a whole (Monday 21 – Monday 28 November 2016), an estimated £6.45bn was spent on UK online retail sites (-4.8% below original forecast of £6.77bn) – as longer campaign durations, with new discounting deals promoted each day, served to spread the peak shopper spend over a longer period.

This raises the prospect of a £7bn online spend week for the Black Friday peak period in 2017.

Retailers launched their campaigns across the week – looking at the latest IMRG comScore Retailer Ranking, the number of top 100 retailers offering Black Friday campaigns for each day last week were as follows:

Justin Opie, managing director at IMRG: “Over the past few years Black Friday has consistently demonstrated a remarkable capacity for shifting in terms of size and scale. In 2014 the volume of orders exceeded forecast by over 30%, in 2015 we had empty shops and this year it seems to have become a genuinely extended period of heightened sales activity – taking place over a week (and more in some cases), which is not entirely dissimilar to the way that Xmas peak used to be online before Black Friday disrupted the established pattern in 2014.”

Nitzan Tamari, VP Marketing at SimilarWeb: “In terms of traffic on both desktop and mobile to the shopping category in the UK, we are seeing a jump of 52% on black Friday and 81% for the four days leading up to Black Friday compared to 2015. While the overall growth in traffic is consistent with the general year over year growth in the category, it’s interesting that when you compare the traffic on the actual day versus the day before, you see a smaller jump this year. This indicates that retailers are creating enticing offerings earlier and consumers are feeling less pressure to buy on just one day.”