Facebook has launched a new version of its social netowrk aimed at businesses, swapping cat videos and baby pictures for meeting minutes and corporate schedules.

The new “Workplace by Facebook” has been in testing for two years and will be instantly familiar to members of the social network, apart from a facelift that replaces the familiar blue colour scheme with a more muted grey.

The move represents a new chapter for the company, which has so far stuck to consumer-focused apps funded by advertising.

The service works on the web and in a separate app, and is avaialable for a monthly fee to busineses.

Within Workplace, posts are not ranked chronologically but by the News Feed, the homepage algorithm that prioritises the most important updates.

Unlike the original sevice, users do not add friends but follow individuals and join groups to determine what messages they see.

The service is headquartered in London, making it the first major Facebook product to be designed and launched by a team outside the US.

Workplace for Facebook will take on the likes of Slack and Yammer, meant to replace email with an easy-to-use, smartphone-friendly interface.

Despite being based on Facebook, the service is entirely separate: Workers do not need an account, and are given new profiles by their employers. The two services do not share data and Workplace does not carry adverts, instead charging businesses a monthly fee.

To clam privacy fears for businesses with sensitive data, Facebook will not share information between the consumer service and Workplace, and businesses would own the data. 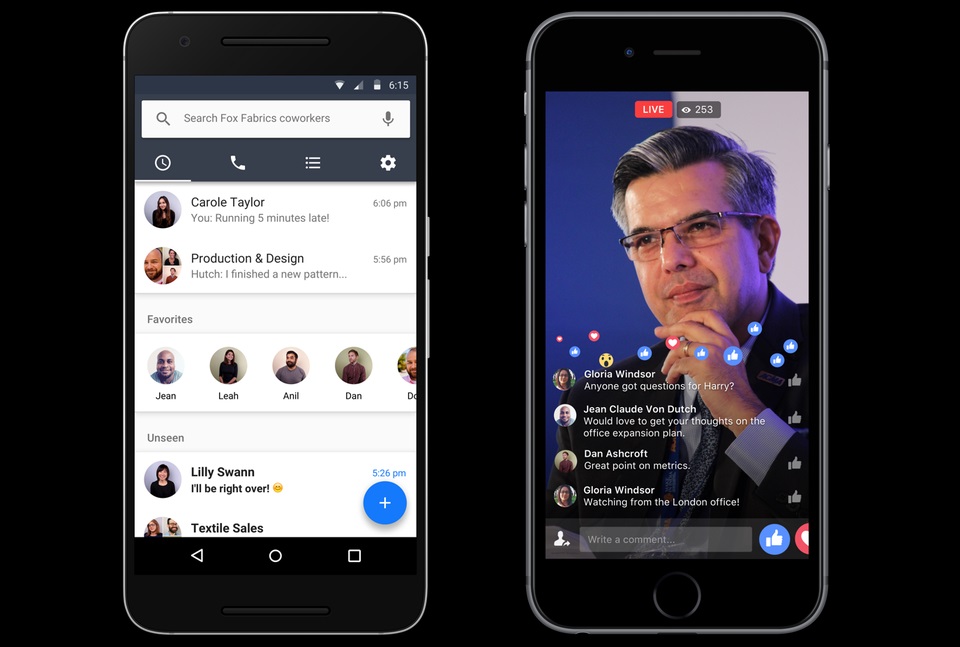 “The mission of Facebook is about connecting people,” said Julien Codorniou, the global head of Workplace. “And you can’t have the ambition to connect the world if you don’t connect the workplace.”

The compmay has been tesing the service with a number of large organisations, including Royal Bank of Scotland, Club Med and the Royal National Institute for the Blind.

On Monday it said others that had signed up include Danone, Starbucks and Singapore’s government.

“The mission is not to kill email, but it is what happens,” Mr Codorniou said. “[With email] you wake up every day and get 400 emails listed by chronological order. If the intern in Japan just posted something you might get it before the CEO who posted two hours ago.”