Facebook is ramping up its efforts to bring internet access to remote parts of the world (and push its products in the process), with a new platform called OpenCellular.

The OpenCellular is an open source, “wireless access platform” designed to drive down the cost of setting up cellular networks in places where it has been traditionally difficult to do so.

The system is designed to provide the tools to set up a complete network, from the physical equipment to the software that runs it.

Mark Zuckerberg shared images on his profile of a shoebox-sized device that contained the hardware needed to set up a local, wireless network.

“OpenCellular is the next step on our journey to provide better, more affordable connectivity to bring the world closer together,” he wrote.

“It’s often unaffordable for them to attempt to extend network access in both rural and developed communities.”

He said the hardware – which would eventually be made open-source, along with OpenCellular’s software – was capable of working with a wide range of common network standards, such as 2G, LTE and wi-fi.

Ali said the design is currently being tested at Facebook’s headquarters in Menlo Park, California. So far, the team had been able to use the device to send and receive text messages, make voice calls and access basic data connections. 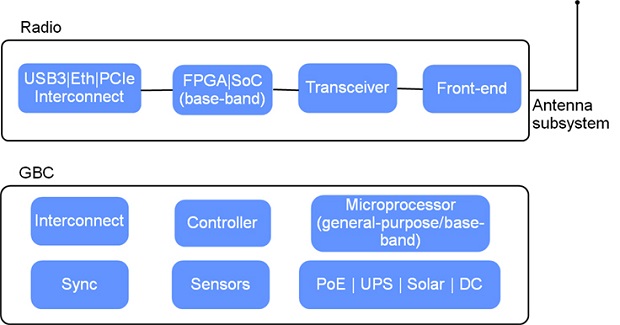 Facebook’s plans to bring connectivity to the developing world have not always gone smoothly, with some questioning the company’s motives.

In India, the network’s launch of Free Basics was met with scorn by those who said Facebook was giving itself and its partners an unfair advantage over local internet firms.

The service was suspended, prompting Facebook investor Marc Andreessen to tweet that the move was “anti-colonialism”. After derision, the tweet was removed. Mr Zuckerberg later said the investor’s comments were “deeply upsetting”.