Universal Pictures has sparked criticism for showing alternate trailers of its NWA biopic ‘Straight Outta Compton’ to different Facebook audiences, based on ethnicity.

Facebook is known for its ability to target the right kind of audience profiles. Advertisers continue to innovate based on user behaviour.

Choosing a segment based on specific interests is common, but this time around Universal Pictures seems to have taken Facebook targeting a step further – by targeting race.

The decision has caused controversy, with many viewers taking to Twitter to voice their concerns:

This is part of Facebook’s new “ethnic affiliation” marketing, which effectively resembles racial profiling with a big data advertising twist.

To promote the theatrical release of the movie, Universal served a targeted trailer to “non-black and non-Hispanic” users that almost completely removed mention of NWA, the rap group the entire movie revolves around.

Rather, that demographic’s trailer focused just on Ice Cube and Dr. Dre because the studio believed they were more familiar with them.

In its defence, Facebook has told TheVerge that the social network doesn’t allow identifying people on the basis of race.

The ads were targeted only from information inferred from user profiles and interests, Facebook explained.

The revelation came during a South by Southwest panel featuring Universal’s evp of digital marketing Doug Neil, who revealed how the company marketed the movie using Facebook’s analytics tools. While the social network doesn’t directly allow brands to direct ads based on race, it can target certain demographics based on habits, likes and what they’re interested in seeing.

According to a report by Business Insider, Doug Neil, marketing chief at Universal and Facebook entertainment head Jim Underwood said the reason for this segmentation was the ”lack of expertise on rap history’, and rather they could connect with Ice Cube and Dr Dre, he said. Moreover, hispanic users were shown a different trailer with Spanish on the screen.

Version 1: The version of the trailer for Straight Outta Compton that was shown to what Facebook calls “multicultural ethnic affinity African American” audiences.

Version 2: The version of the trailer for Straight Outta Compton that was shown to an audience Facebook calls “non multicultural” (specifically, an audience that doesn’t include presumed African American, Hispanic, or Asian American users).

Facebook offers a quick tutorial in what multicultural affinity groups are and why an advertiser might want to reach them.

Three of the segments are shown in the screenshots below: 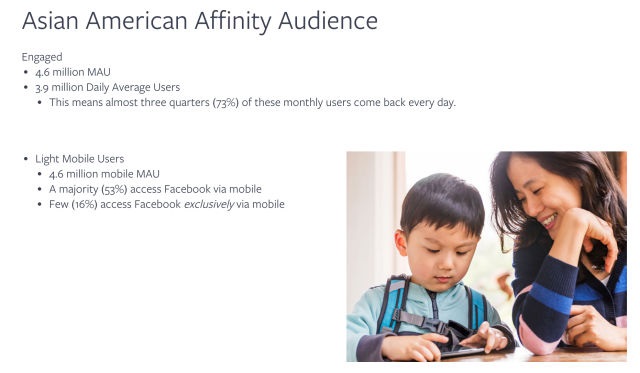 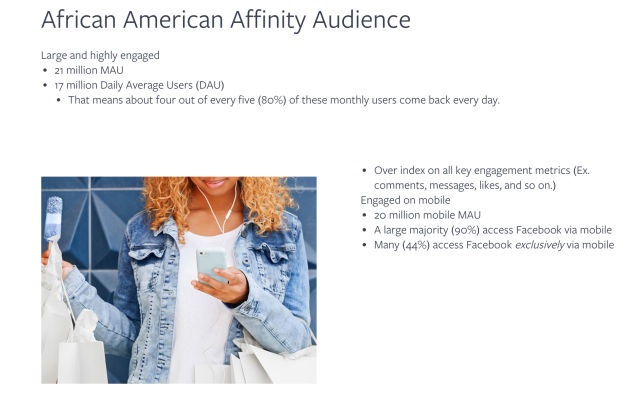 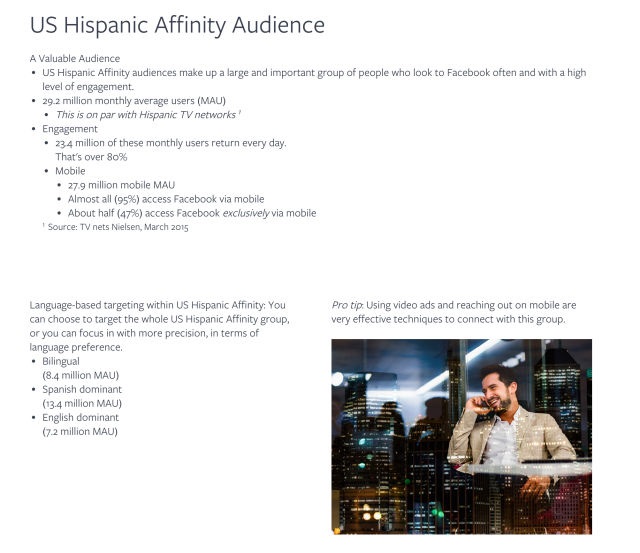 In the tutorial, Facebook is careful to avoid terminology that makes it appear that the company is in fact doing racial or ethnic targeting, even though the service is called “ethnic affinity” targeting. 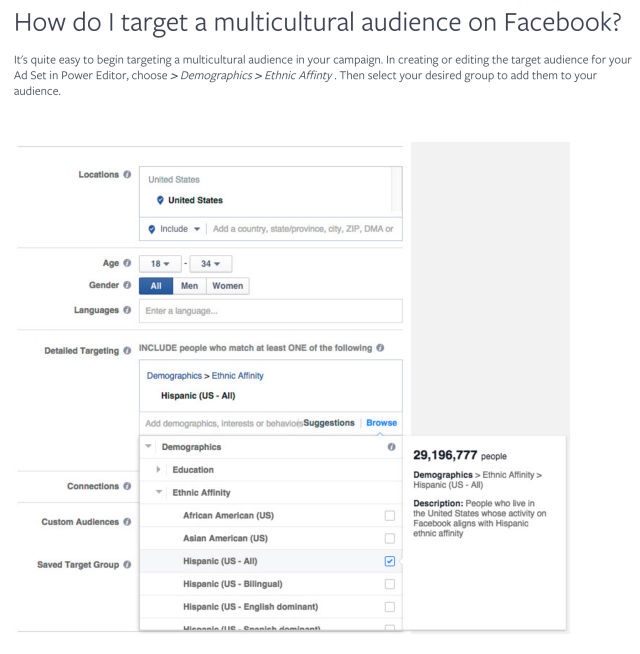 In a screenshot of the tool shown above, “ethnic affinity” is listed as a “demographic,” a term that is generally used to describe factual information about a person, like income level, race, and age.