Environmental organization Greenpeace recently teamed up with video ad tech company VDX.tv and Opticomm to make the British public aware of the importance of protecting oceans and its wildlife, with a specific goal of securing petition sign-ups from individuals. in an over 80% video completion rate, 3,466 petition sign-ups, and the cost per acquisition dropped 72%.

Greenpeace’s goal was to strike a chord with the British public on the importance of protecting our oceans and its wildlife, with a specific focus on how plastic pollution, exploration and oil spills have an ever increasing threat to life of turtle species around the world.

Having created a short film with the BAFTA award-winning Aardman Animation, Greenpeace created a 30 second teaser video with the intention to drive traffic to their site to watch the film in full and encourage the public to sign a petition for the protection of oceans and wildlife; The Global Ocean Treaty.

Opticomm (Greenpeace’s AOR) collaborated with VDX.tv to create an engaging and interactive ad unit that would drive their target audience to the Greenpeace homepage to watch the film in full. The creative unit was bespoke to Greenpeace’s specification and turned around in a matter of days to coincide with the launch of an over arching campaign for the brand.

Having previously worked with VDX.tv, we were confident they’d provide a fantastic creative solution for the client, on what was a key launch for the brand. This, coupled with their targeting meant we achieved higher than expected results.”
Ross Wallace, Group Head at Opticomm media.

In addition to the ad unit, VDX.tv also used its proprietary interest-based targeting to drive awareness and engagement for
Greenpeace, while also optimising towards the most engaged users to help drive traffic and ultimately sign ups. VDX.tv also
employed its viewability metric, which is independently verified by MOAT, to offer assurance to the client that their investment was guaranteed to be seen. 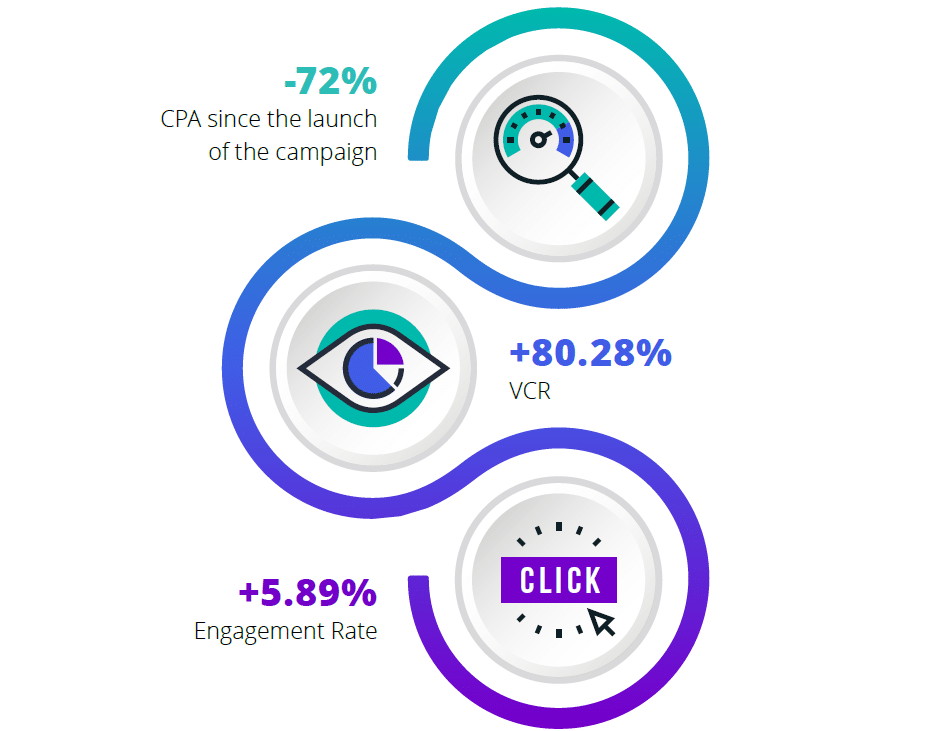 Within the first 7 days, the VDX.tv ad unit had not only engaged the Greenpeace audience, but was proving to be the main driver for petition sign ups. As a result, Opticomm recommended the client make a further investment in the campaign, along with additional KPI’s, which VDX.tv successfully delivered.