Consumers are growing tired of companies making what they see as empty pledges to keep up with current trends. Matt Cross, Head of B2B (EMEA) at Hotwire, looks at how brands can avoid slipping up when it comes to businesses sticking to pledges they make publicly.

The path to purposefulness is not just a fad to those seeking nothing but increasing returns. Personally I hope it becomes a poignant moment when responsibility and accountability overcomes profits and yield. However, it’s still difficult when it comes to actually communicating about the things you are doing, even if it is for just reasons. Some gestures can be ripped apart for a supposed lack of authenticity – damned if you do, damned if you don’t.

In our ongoing mission to help our clients stay ahead of the game, we’re making the following recommendations in order to navigate the potential purpose pitfalls:

The path to purposefulness for businesses is certainly not a smooth one. Even when you have a convincing story, you can still come out looking like a villain. While demonstrating selflessness in modern society may feel impossible, it is this aspiration which must be your guiding light. 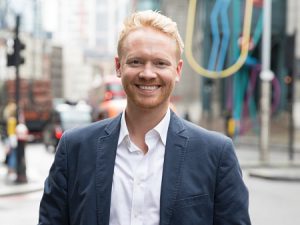 If you’re struggling to see how your PR remains purposeful beyond the next 90-day cycle, drop us a line to discuss how we’ve helped brands like Qualcomm, McAfee, Facebook and Adobe do just that.