Health and fitness apps have become widely popular over the past few years, with usage growing by over 330% in the last three years, according to new research.

The data, from Flurry Analytics, also shows that engagement is high, with three quarters of active users opening their health and fitness app at least two times a week, and more than 25% of users access their fitness apps more than 10 times a week.

• Over the past year, mobile health & fitness apps have grown 9%, with the highest growth coming from studio and fitness content apps (49%). Comparably, nutrition apps have declined in usage by 26%.

• Workout and weight loss apps are hugely popular, accounting for nearly three-fourths of all health and fitness app sessions. This trend can be attributed to wearables like fitness bands, which encourage users to track their weight or exercises daily.

• Fitness app usage correlates with seasonal workout habits! The holiday season marks the lowest activity, followed by a peak in January (after people have made their New Year’s resolutions). Naturally, summer is also a popular time when people are accessing health and fitness apps — app usage is about 24% higher than the yearly average. 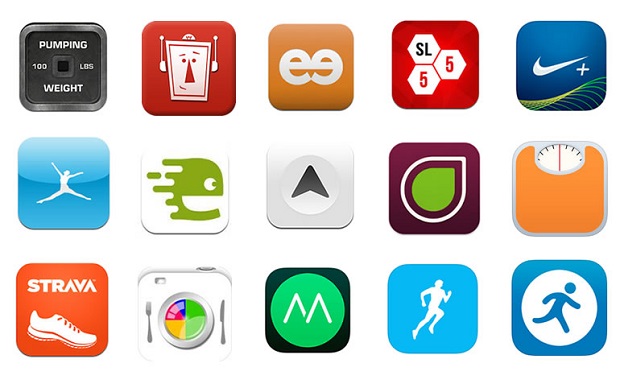 Over 75% of active users open their health & fitness app at least two times a week. Also, there is a remarkably high percentage of Fitness App Addicts: more than 25% of users access their fitness apps more than 10 times a week.

As a result, this frequency of usage drives up overall category engagement. For app developers, this presents an attractive opportunity to capitalize on users’ frequent engagement and boost monetization. 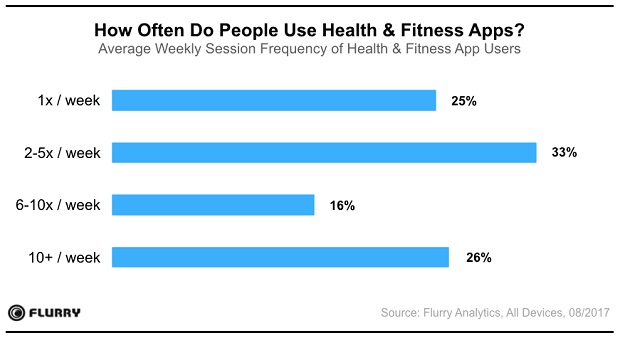 Year-Over-Year Growth is Slowing Down 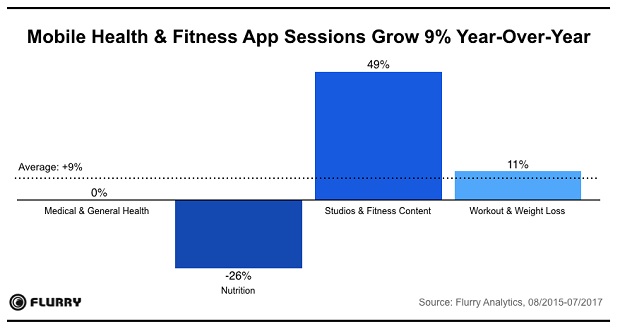 The largest subcategory, workout & weight loss, shows a significantly slower growth than in the previous year: year-over-year growth is down from 67% in 2015 to 11% in 2016. The other major subcategory, general health, revealed stagnation in the last two years. While nutrition apps declined in the last year, we still see a 49% growth for studio & fitness content apps. The negative trend of nutrition apps is likely influenced by studio & fitness content apps that are offering nutrition content in addition to their core focus.
Track, Set, Go: Workout & Weight Loss Apps Gain Market Share

Workout & weight loss apps account for 73% of all health & fitness app sessions. This represents a substantial gain from a 55% share in 2014. Working out and tracking weight loss are key use cases for health & fitness app users. While general health apps still held a usage share of 41% in 2014, workout & weight loss apps have eaten away large portions of it within the last three years. Wearables, such as fitness bands and smartwatches, have been key growth drivers for that development. According to Kantar Worldpanel ComTech, 15.6% of consumers owned a smartwatch or fitness band in December 2016. 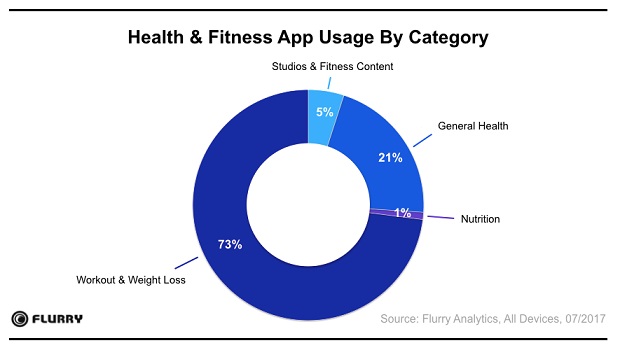 Apps are no longer optional for Fitness Studios and Health Clubs

Fitness app usage can be described as highly seasonal: in the last months of a year, fitness app usage declines and hits rock bottom when the holidays approach. December 25th marks the lowest activity with 57% less usage than the most active day of the year, which is August 8. Usage picks up again in January after users have made their New Year’s resolutions and set their fitness goals for the coming year, and it builds up toward the summer, peaking in August. In the last three years, August has always been the most active month by an average of 23% higher usage than the yearly average. From September on, usage decreases again toward the holiday season. 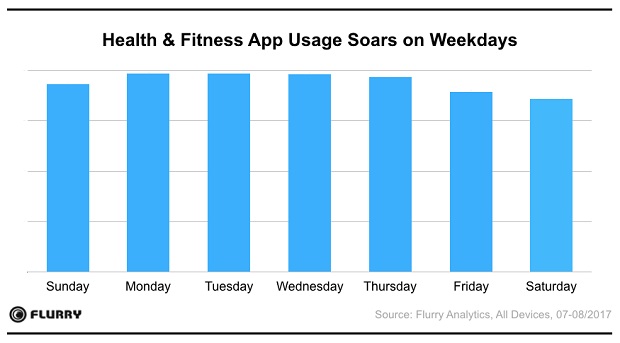 Fitness app activity throughout a week strongly aligns with user workout habits. Users are most motivated to work out from Monday through Wednesday. Once the weekend nears, app usage declines; Saturday marks the lowest activity by 10% fewer sessions than the weekly average. 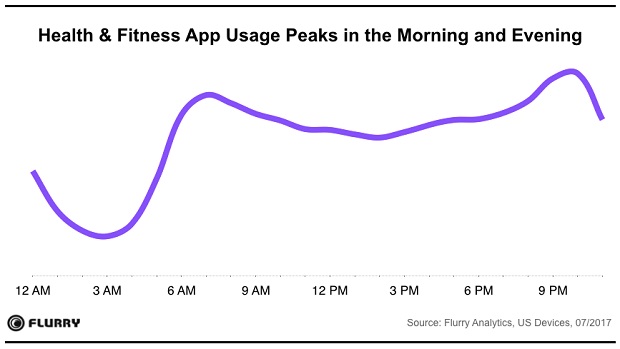 Flurry data shows that health & fitness app usage peaks in the morning and evening. People work out before or after heading to work. According to Fitbit, the busiest gym workout times are between 9-11 am and 5-8 pm. Surprisingly, the highest app usage period occurs at around 10 pm. While some people are doing a late-night workout, others might be reviewing their daily activity or planning their next day. For developers, this represents a unique opportunity, as this is a rather unusual peak time for engagement. App developers can leverage the higher engagement for specific marketing and re-engagement tactics.

The future of health & fitness apps and tips for app developers

Health & fitness app users are the most loyal users in the app industry, with high retention rates, engagement, and frequency of usage. A significant share of heavy users with more than ten sessions per week drives constant engagement. That makes this market segment very attractive for app developers. On the other hand, it can also be hard to acquire active users given people typically stick to one fitness application. Fluctuating engagement levels make it crucial for developers to focus on peak times during weekdays in the morning and evening.
Gartner forecasted that there would be over 310 million wearables sold in 2017, which would be an increase of 16.7% to 2016. A study from PwC shows that the number one reason for people purchasing a wearable device is health. This indicates a substantial growth opportunity for health & fitness app developers in the next year.