Online adults have an average of 6 social media accounts, but Facebook continues to dominate the lot, according to new research.

The research, conducted by GlobalWebIndex on the social media landscape, shows it maybe a little too late for Twitter to spread their wings, as Facebook hits all time high engagement.

Below are some further stats from the research:

• Age doesn’t seem to matter when engaging with Facebook services (FB, WhatsApp, Instagram). There is only an 18% decrease in engagement from 18-24’s to 55-64’s

• Facebook tops the social apps chart with 51% usage, yet also leads the messaging apps leader board with Facebook Msgr. ahead of WhatsApp and Skype.

View the full infographic below: 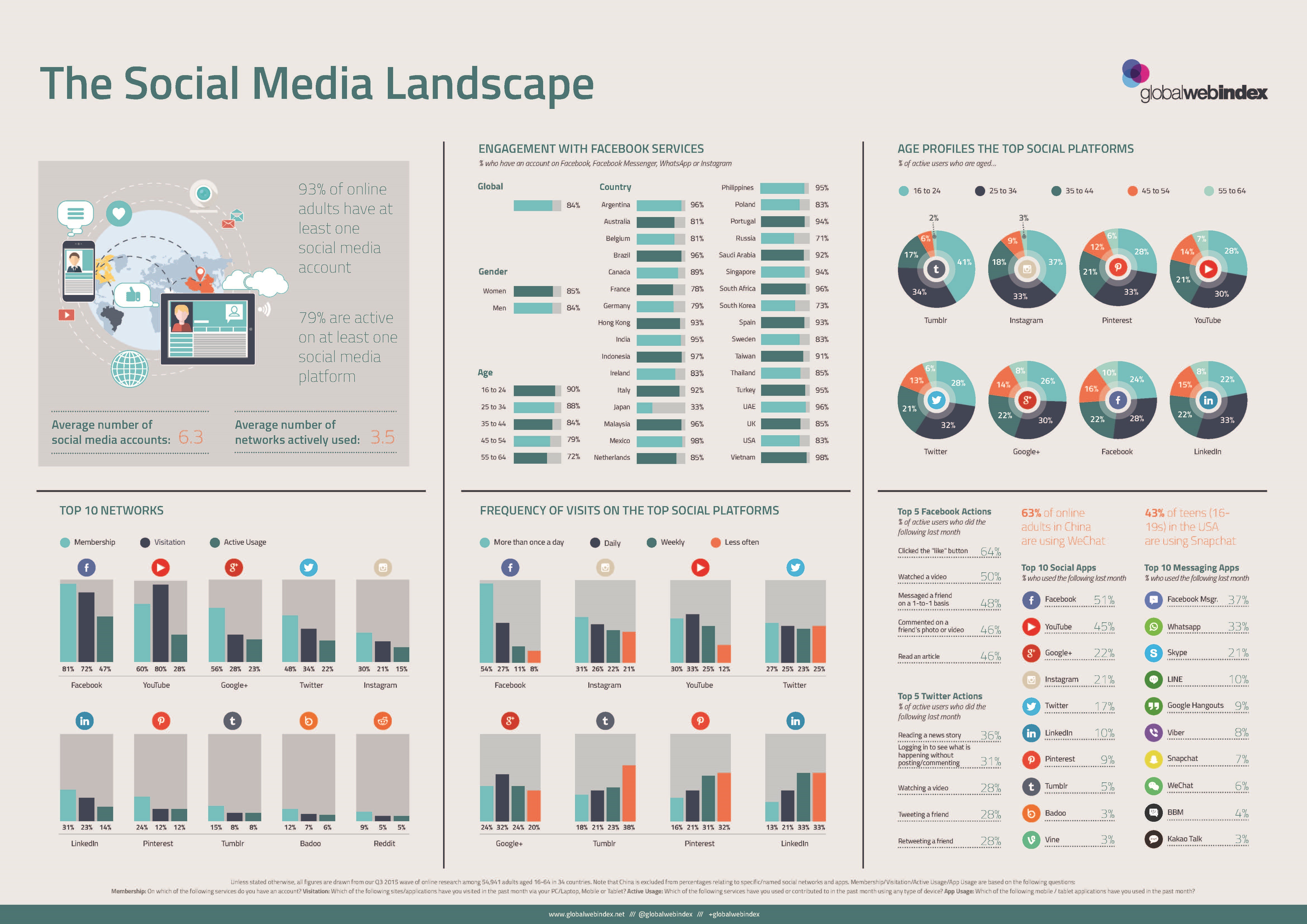