Amid rumours that Twitter could be ditching its 140-character limit on tweets, Global Web Index looks at the implications of the social media platform losing one its most iconic features.

Twitter has given itself a hard time recently for what it calls disappointing levels of growth in active usage. 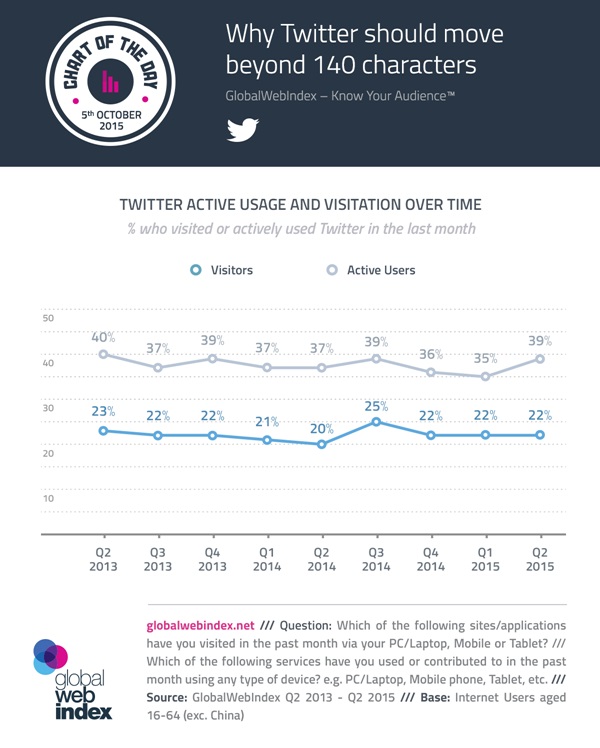 It’s now 22% of online adults (outside China) who are active on the platform, a figure which has seen little change over the last two years (aside from a small boost around the World Cup in Q3 2014).

However, look at visitation rates and things are much more positive. Twitter attracts almost twice as many monthly visitors as active users, some of whom don’t even have an account.

Ditching the 140-character limit can only be a good thing for these visitors, who are drawn to Twitter because of its reputation as a breaking-news platform, a public forum for discussion and a portal for updates from celebrities and brands.