In a blow to publishers and advertisers (and a victory for consumers) a German court in Hamburg has ruled that the practice of blocking advertising is legitimate. 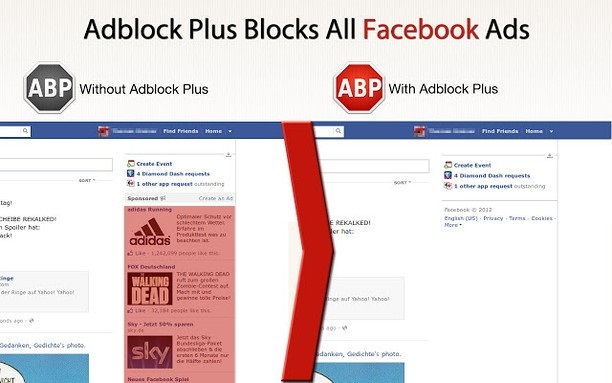 The decision comes after a four-month trial where Germany-based Eyeo, the company that owns Adblock Plus, won a case against German publishers Zeit Online and Handelsblatt.

These companies operate Zeit.de, Handelsblatt.com, and Wiwo.de. Their lawsuit, filed on December 3, charged that Adblock Plus should not be allowed to block ads on their websites.
Adblock Plus can be downloaded as an extension for most browsers, and works by hiding all adverts (including those posted on videos or social networks).

The service is free and the company makes its money in part by allowing advertisers to pay to get around the whitelist, though it says that adverts still must be non-intrusive and not annoying.

More power to consumers (and less to advertisers and publishers)

While the decision is undoubtedly a big win for users, it could also set a precedent for future lawsuits against Adblock Plus and any other tool that offers similar functions.

The German court has essentially declared that users are legally allowed to control what happens on their screens and on their computers while they browse the Web.

“We are extremely happy with the decision reached today by the Hamburg regional court,” Eyeo said in a statement. “This is a victory for every single Internet user because it confirms each individual’s right to block annoying ads, protect their privacy, and, by extension, determine his or her own Internet experience. It is living proof of the unalienable right of every user to enjoy online self-determination.”

Adblock Plus has millions of users, it often comes under fire for providing the controversial service of ad blocking, which has been labeled everything from stealing from publishers to a security and privacy tool.

The company, however, wants to be seen as more than just an ad-blocking tool; it has an Acceptable Adsinitiative with which it hopes to move the Internet toward better ads. Adblock Plus is designed to only block annoying ads but to allow decent ads through, a compromise between users and advertisers.

In a blogpost about the result, Adblock Plus’s project manager Ben Williams wrote: “The Hamburg court decision is an important one because it sets a precedent that may help us avoid additional lawsuits and expenses defending what we feel is an obvious consumer right: giving people the ability to control their own screens by letting them block annoying ads and protect their privacy.”

“Now that the legalities are out of the way, we want to reach out to other publishers and advertisers and content creators and encourage them to work with Adblock Plus rather than against us,” Williams added. “Let’s develop new forms of nonintrusive ads that are actually useful and welcomed by users; let’s discover ways to make better ads; let’s push forward to create a more sustainable Internet ecosystem for everyone.”