WhatsApp is now available for desktop PCs for the first time, as the world’s most popular messaging app looks to expand its users base. 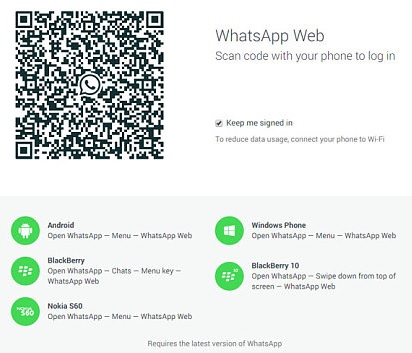 The Facebook-owned chat app is used by 700 million users to communicate between smartphones and tablets. Now, users can also chat via desktops, provided they are linked to the phone app.

For the desktop service to work, the paired phone needs an internet connection by scanning a QR code

Currently only those using the app on Android, Windows and BlackBerry smartphones will be able to use the desktop version. WhatsApp cited ‘platfrom limitations’ for the reason the service is not avaliable on iPhones yet.

The move comes after After WhatsApp announced a crackdown on third-party desktop apps.